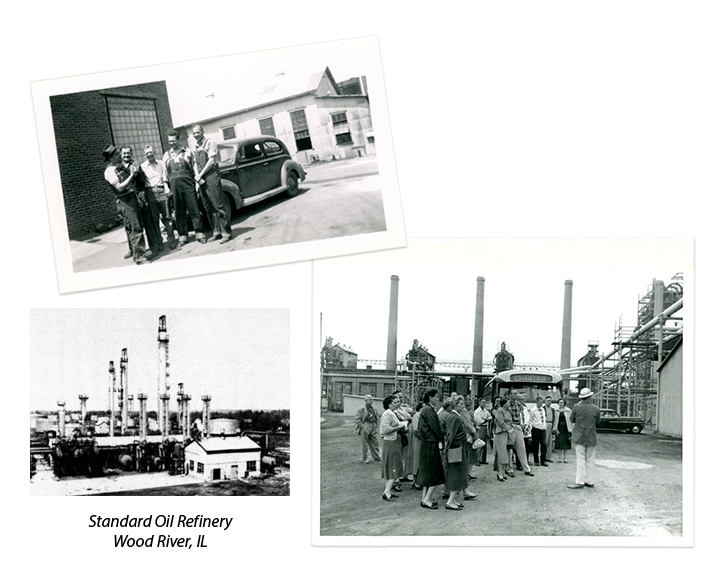 In 1804, Thomas Rattan was the first American to settle in the Wood River.  Wood River is in Madison County which has a rich history, including the departure of William Clark and his troops from Camp Dubois, the Lincoln-Douglas debate was held in Alton in 1859, and the Gentle Giant, Robert Wadlow was born in 1818 and raised in Alton, IL.

In 1906, Standard Oil engineers from Whiting, Indiana searched the fertile farmland along the Mississippi River to select a site for their new refinery. As the refinery grew, the population of the area increased. Standard Oil purchased for their workers more than two dozen Sears catalog kit homes in 1919. The close relationship between the refinery and the city was evidenced by the fact that the sports teams for the Wood River schools were named the Oilers, in honor of the industry that gave birth to their community.

Standard Oil donated what was then the nation’s largest outdoor swimming pool, along with a community center known as the Roundhouse, located on Whitelaw Avenue.

There are 100s of miles of developed biking and hiking trails for your enjoyment. Madison County is bordered on the west side of the Mississippi River which makes for a scenic backdrop and a beautiful trip down the Great River Road.